Like a lot of people, Dylan Rode had never played lacrosse before attending HSU. He wasn’t even the first Humboldt County native to play for the team. But in 2013 — unlike any one who played at HSU before him — Rode was the first Hog to be named an All-American by the Men’s Collegiate Lacrosse Association and defensive player of the year by the West Coast Lacrosse League.

Rode grew up in Humboldt County and attended nearby Arcata High, where he played basketball and soccer. Rode started as a midfielder but ending up playing longpole defense for the Hogs from 2010 to 2013. In 40 collegiate games, he spent less than 9 minutes in the penalty box.

Silvaggio said he knew he had something special when the then-freshman filled out a preseason questionnaire. Rode’s answer to what three things he wanted to do this season were: “Learn the game. Gain enough experience to be competitive. Become an animal.”

“He’s a hard worker and a dedicated team player who put in the time out of practice to learn the game,” Silvaggio said.

We caught up with the 2013 oceanography graduate via email at his residence in Hawaii and he was kind enough to answer a few questions for us.

“Besides the family that is HSU lacrosse, my favorite part (of the game) is simply taking the ball away… nothing more than that.” 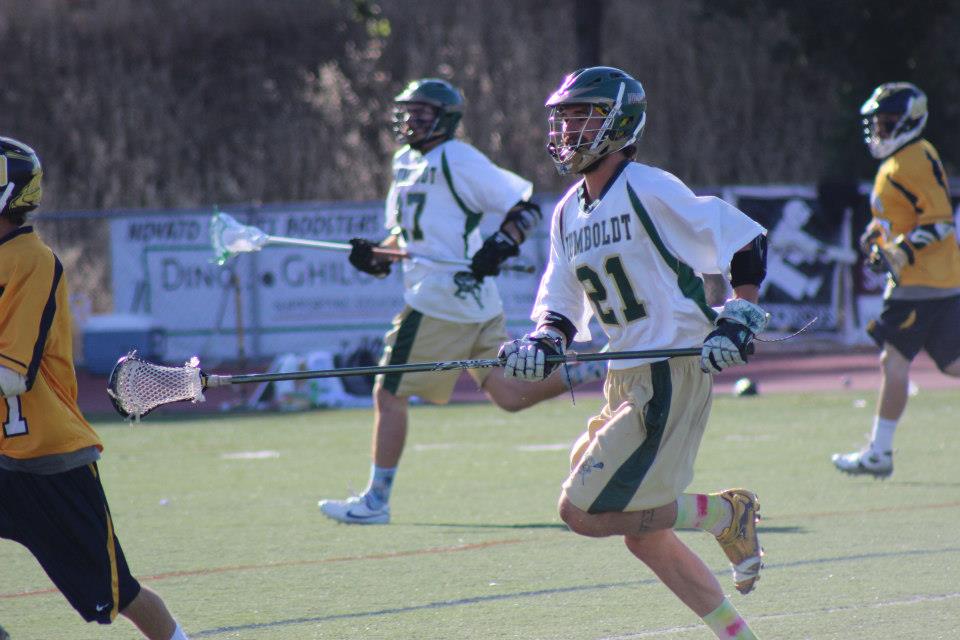 Had you seen/heard of lacrosse before? When did you pick up a stick for the first time?
I went to an HSU lacrosse game the spring before I was transferring to HSU. It looked very fast paced and incredibly fun. I picked up a stick soon after that at a pal’s house. It was really awkward but I had some fun. The next fall I was at a clubs fair and saw the lacrosse table and signed up — the rest, as they say, is history.

What’s your athletic background? Is there an aspect of lacrosse that you especially like?
I played soccer and basketball in middle school and high school and did a little track too, but I got tired of the rigidity of such organized school sports. The idea of a club sport really appealed to me. Besides the family that is HSU lacrosse, my favorite part (of the game) is simply taking the ball away… nothing more than that.

Was there a moment when you thought ‘Hey, I’m getting the hang of this’?
I really benefited from the older, more experienced guys on the team when I first started. We had maybe 12 guys, so as a rookie I got a ton of playing time. The guys would coach me on the field. By the time the season was over I felt confident that I could go toe-to-toe with the teams we were playing, to some extent of course.

What would you tell somebody if they said they were thinking about going to HSU?
I grew up in Humboldt and absolutely love it there. It has so much to offer, both at HSU and around the campus. If someone was thinking of going to HSU I’d recommend getting involved in clubs, whether they’re academic, sports or otherwise. Some of the people I’m closest with still are friends I met in these clubs. Jan Henry is an absolute bad ass sports club director and HSU club sports are surprisingly competitive for such as small school. Also get into the SCUBA diving program. It’ll change your life.

What are you up to now?
Right now I’m training to be a fisheries observer and field scientist in Hawaii.