A quartet of Hogs were named to the 2016 All-Western Collegiate Lacrosse League team, led by three-time first-team attack Cole Aylward. 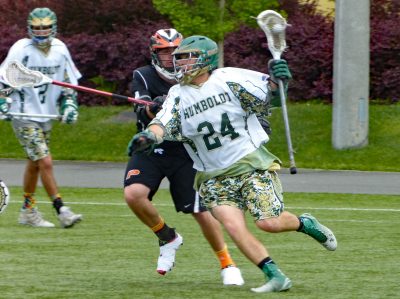 A MCLA All-American in 2014, Aylward ends his stellar run as the all-time points leader in modern Humboldt lacrosse. In 37 career games, he recorded a staggering 111 goals and 90 assists. Basically, every time Aylward stepped between the lines, he was good for a hat trick and at least two assists.

“He’s my favorite of any person I’ve played with. He’s a lot of fun on the field,” Humboldt assistant head coach and 2015 MCLA All-American attack Dan Balok said. “I knew I could always pass him the ball and never worry about it.”

Besides being HSU’s points leader for three of his four seasons, Aylward led the conference twice (2016, 2014) in points per game. The two other seasons? He finished second and third. In 2016, he was the fourth highest scorer in WCLL Division II despite only suiting up in seven games. Three others WCLL D2 players also scored 44 points during the season, but it took two of them 16 games each to reach the same number as the San Diego product.

Balok said what makes Aylward so good is his love of lacrosse and not being afraid of working hard to become better.

“He understands it’s fun to practice or just hit the wall or pass it around with a friend,” Balok said. “He’s so good because he’s passionate about it. I think it all comes down to the passion and how he feels about the game.” 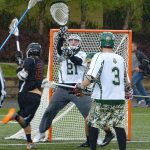 A second-generation Hog, Sheedy was elected as a team captain his first year with Humboldt. In 2016, the Truckee resident added club president to his resume. 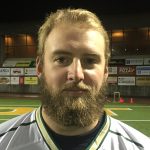 Sam Barton returned to the field for the Hogs after a two-year absence. The team’s second-leading scorer, Barton booked 26 points in 11 games (14 goals, 12 assists) on the way to his second trip to the all-WCLL second team.

The 6-foot-4 attack from Tamalpais played three years with Humboldt, scoring 62 goals and 40 assists in 33 games. 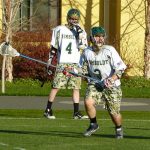 Defenseman Keenan McCarron has been a stalwart of the Hogs defense for the past four seasons. The San Marin High alum overcame breaking his hand during a fall ball tournament and ended up collecting a career-high 31 GBs in 2016.