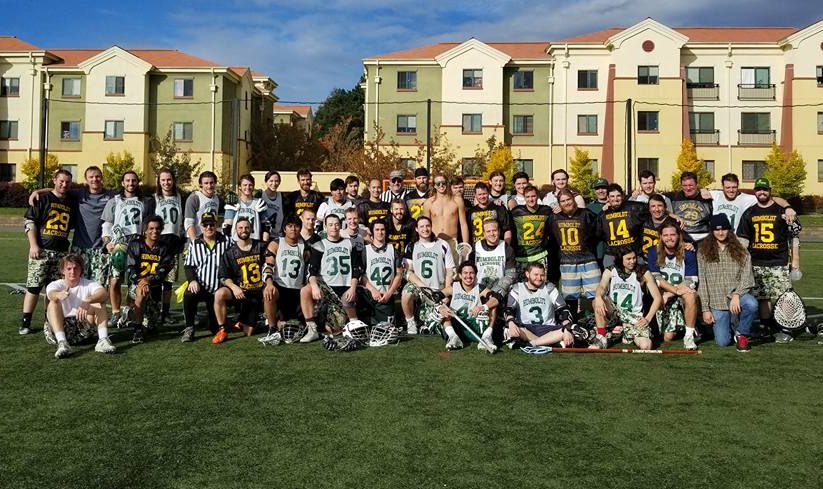 After a pair of freakish losses, the Hogs squad got back to their winning ways by defeating the alumni, 9-8, in overtime at the 2017 alumni game.

“It was lots of fun, and best of all there were no big injuries,” HOF coach and player Judge Taylor said. “The Hogs look pretty solid, but need a goalie and a few more players.”

The HSU team inducted two new HOF inductees: Sammy Vogel-Seidenberg and Daniel Balok. Vogel-Seidenberg played goalie in the mid-2000’s and was responsible for recruiting Tony Silvaggio as the coach. He is the current head coach at Dominican University. Balok graduated 2015 after multiple all-league selections and receiving All-American honors.